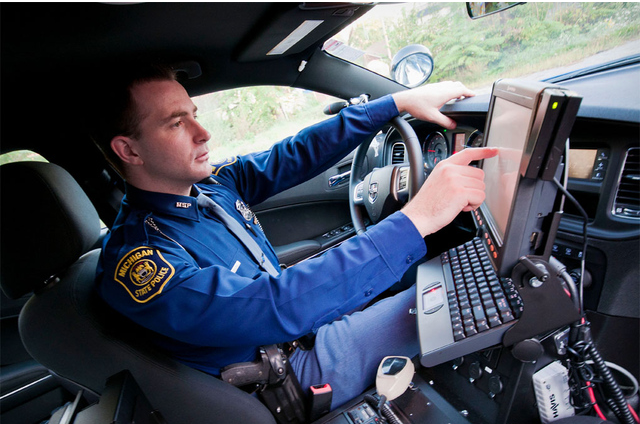 Once, only hobbyists with CB (citizen’s band) radios could listen in to the special frequencies that police, emergency medical technicians and firefighters used. Investing in a scanner was expensive and sometimes, illegal.

Nowadays anyone with a computer and an Internet connection can listen in. No setup is required and it’s as easy as pressing a button.

Why would someone want to tune in to a police band? Because there’s nothing quite like knowing what’s going down a few streets away. Many hobbyists use police scanners for up-to-date weather forecasts to simply keeping themselves informed of what’s going on around the country. Some people use it to keep track of their loved ones who work in law enforcement. Others, like journalists, use it to keep up with breaking news stories.

Listening to police chatter may be illegal in some states in the US, but most of the time any ordinary citizen can tune in without fear. All over the world it is normally legal for citizens to listen in to police scanners as long as they do not interfere with telecommunications.

Before you do download an application for your smartphone or eagerly look for your county online, make sure you’re free and clear.

ONLINE SERVICES
A simple Google search will get you several results for police scanners. Broadcastify.com allows you to browse live feeds of police stations in the United States. Broadcastify specializes in aggregating different police scanner feeds from all 50 states, including Alaska.

The site is extremely easy to use. They have a filter function that allows you to narrow your search down by state, city and zip code. All you have to do is access the site and click the helpful map interface to find your area. The map will automatically narrow it down to the state, city and even county in less than a second.

The downside is not all counties broadcast their police scanners. The service is also limited to the United States only. If Broadcastify’s search function doesn’t get you the area you want, you can try Tunein.com/radio.

Tune In is primarily a radio station streaming service that allows users to find music streams all over the world. Their search and stream functionality also works for police scanner frequencies. Combine that with their handy search engine and you can find what you need in an instant.

POLICE SCANNER APPS (IPHONE, IPAD)
Your options are not just limited to the Internet. There are also several free apps for the Blackberry, iPhone, iPad and Android phones that give you the same sort of access. The apps mentioned below are all free, frequently updated and high-rated in their respective markets.

For Apple, the top free apps in the iTunes store include Police Scanner Radio, a free app that allows to browse not just US scanners but those in Europe and even Asia. The interface is simple and easy to use — no learning curve required. The app seems to be limited to police frequencies, however.

If you’re looking for an app with more oomph, try the 5-0 Police Scanner. There are two versions, the Lite and Pro version. For all intents and purposes, the lite version is enough. The application allows you to access not just police frequencies, but EMS, firefighter and even airport radio frequencies. The paid version gives you full access to all streams, at the touch of a button. It also doubles as an FM radio scanner when you’re not in the mood to listen to the cops. These apps also have Android versions.

For Android phones, the Police Scanner Free is an app that allows you to listen in to US and other country police scanner frequencies for free. The app is extremely simple looking, with a white background and a list-style menu. However, it does the job quickly and efficiently.

Another good police scanner you can get for free is the MyScanner – Police Scanner Radio. This lets you not only tune in to normal law enforcement feeds, but also marine and even rail streams. The dark interface may put some people off, but the stream is highly reliable and fast.

If you enjoy listening to the police, there are plenty of free ways to listen in without investing in a high-grade, top dollar scanner.